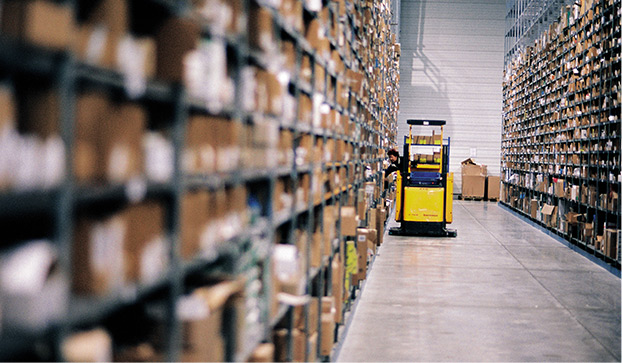 WITH OPERATIONS IN 38 COUNTRIES AND AROUND 2,400 LOCATIONS, the environmental challenge for Rexel lies more in the dispersed nature than in the scale of its impact. The Group’s environmental policy is therefore a key factor in implementing a consistent and sustainable approach to reducing the footprint of its sites, its transport, its packaging and its waste.

To support the operational implementation of its policy, Rexel relies first and foremost on its Environmental Charter, in application throughout 96% of its sites. Its goal is to specify the Group’s environmental commitments and to involve all employees in order to make environmental responsibility a part of their everyday practices.

The Group also encourages the progressive deployment of EMS (environmental management systems). They define and document procedures in order to manage the environmental aspects of Rexel’s operations and enable the implementation of improvement initiatives, which can obtain ISO 14001 certification. In 2014, 42% of the Group’s sites had instated an EMS.

Every year, Rexel produces a consolidated environmental report covering more than 30 countries, whose data are veriﬁed by an independent third party. In 2014, this reporting mechanism reached a record level, covering up to 99.7% of total sales, depending on the indicators. This performance can be explained primarily by the inclusion of India in the Group’s environmental reporting.

PERCENTAGE OF TOTAL SALES
COVERED BY ENVIRONMENTAL
REPORTING IN 2014 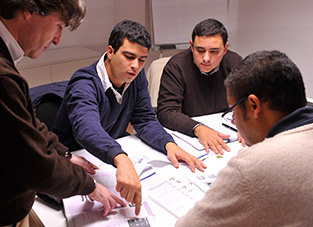 Present in all of the Group’s subsidiaries worldwide, the 70 environmental correspondents are the key to success in this effort. They implement the global policy and promote it in the field. They are in charge of gathering, processing and analyzing data to monitor performance indicators. Every year, they meet to discuss the reporting approach and share ideas and best practices.

The EcoDays campaigns, which target all Rexel employees, are used to communicate on the Group’s environmental policy, present its international and local initiatives and spread best practices. The most recent campaign was held in early 2015 and employed a new online campaign on the theme of energy progress and climate change.

Reducing greenhouse gas emissions is a priority for Rexel. The Group generates relatively little greenhouse gas, whose emission is primarily due to product transportation (40% overall). In 2014, total direct and indirect emissions decreased by 8.1% on a like-for-like basis, amounting to just under 130,000 tons CO2 e, versus over 140,000 tons CO2 e in 2013. Emissions related to the transport of merchandise recorded the greatest difference, decreasing by 18%. 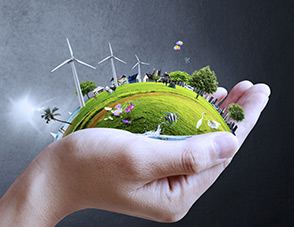 The measures taken to reduce the carbon footprint of its transport and improve the energy efficiency of its sites enabled a reduction in the Group’s scope 1 and scope 2 greenhouse gas emissions on a like-for-like basis.

scope 1 represents direct greenhouse gas (GHG) emissions from sources owned or managed by the Rexel Group. In addition to all of Rexel’s buildings and fleets of vehicles, scope 1 also includes emissions related to leased vehicles.

scope 2 represents indirect GHG emissions associated with the production of electricity and heat purchased by the Rexel Group.

Rexel’s rationalization of its logistics processes aims to lower the environmental impact of its transport while improving the quality of its services. It relies on the pooling of flows, the use of shared transport and the optimization of delivery loads and routes. In the US, this logistics reorganization led to a near 30% reduction in the average number of trucks making daily delivery rounds in the Los Angeles area.

As most of Rexel’s logistics ﬂows are outsourced to transport specialists, Rexel endeavors to select carriers that comply with certain environmental guidelines concerning their vehicles’ performance and maintenance, as well as driver training and regular reporting.
Employee business travel is another area of improvement. The sustainable management of vehicle fleets, whether owned or leased, aims to limit fuel consumption and its associated CO2 emissions. Fleet renewal favors vehicles with the lowest emissions and includes greater numbers of hybrid models.

As an energy efficiency leader, Rexel must set an example in the energy efficiency management of its buildings. The Group selects the most appropriate solutions for renovating the buildings that it occupies: low-energy technologies such as LED for lighting, and technical building services to regulate lighting as well as heating, ventilation and air conditioning. Rexel has also implemented systems in several countries, particularly in the US, for monitoring building consumption in order to pinpoint potential sources of savings.

In order to limit their CO2 emissions, growing numbers of Rexel subsidiaries are contracting for electrical power from certified renewable sources: solar panels, connecting to heating networks powered by biomass combustion, etc. For example, all of the branches in the Netherlands now use electricity generated by biomass combustion, thereby saving the equivalent of 400 tons CO2 e per year.

How Rexel limits its packaging and waste 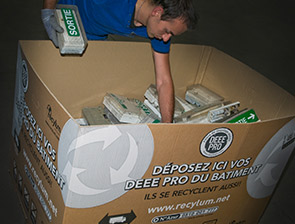